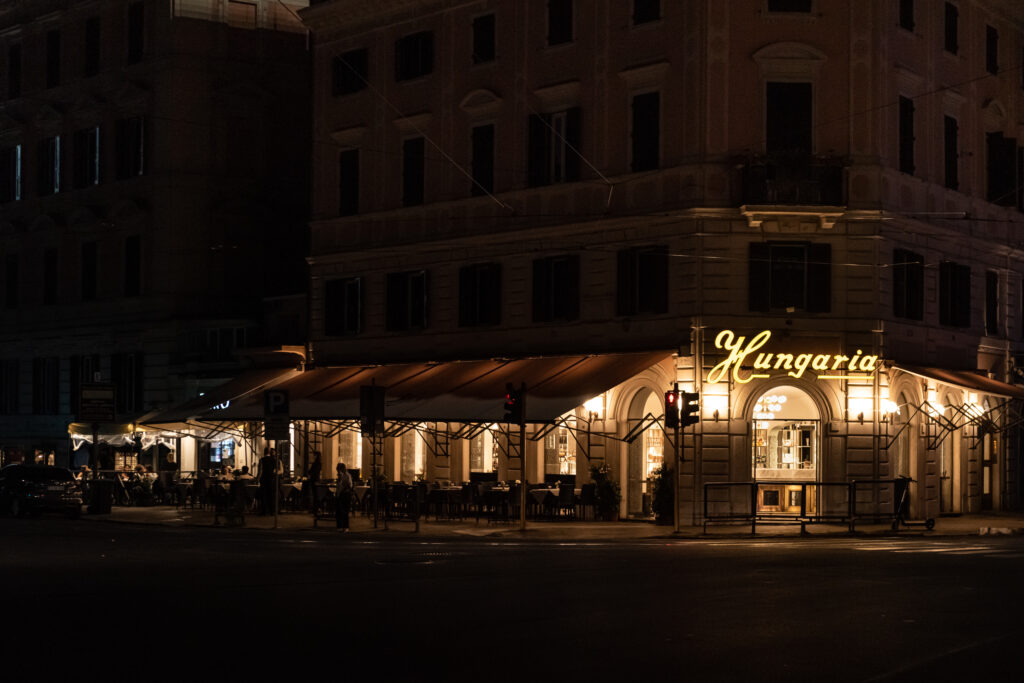 The Hungaria Bar. The story and the “Completo burger”.

Tracing the history of Bar Hungaria, a long-lived Capitoline sign in the Parioli district, the happiest chapter narrates the exploits of a café frequented at all hours of the day in the heart of the bene district of Rome, famous for having introduced a “restaurant service” “In unsuspecting times.

Already in 1945, according to the mythology of the place, in the aftermath of the Liberation, the bar in Piazza Hungary began serving hamburgers to American soldiers who could afford the shopping.

But beyond the legends, between the seventies and eighties the so-called “complete” – the hamburger complete with everything, with onions, egg, gherkins, stringy cheese, accompanying sauces, prepared expressed on a plate in the room, at any time of the day – it will become a draw for the whole neighborhood.

The new property. The relaunch.

In recent months, careful renovation work (by the Junio Cellini and Paola Niolu architecture studio) has rethought the space that faces the street with 9 entrances in view of a grand style relaunch of the Hungaria Bar.

The brand does not change, the ownership is different: Antonio Cola and Massimo Cola – former restaurant entrepreneurs in Rome – and Federico Scardamaglia – film producer – are the three partners who took over the business with the idea of reviving good name of Hungaria.

The Romans will find to welcome them two old – but young, considering that the average age of the entire staff is quite low – knowledge of the city’s gastronomic scene.

Let’s shun the idea of the diner, rather we will be a bar with a bistro, a kitchen open for lunch and dinner and the inevitable Complete, which instead can be ordered from noon onwards, until closing “.